New York based writer, reporter, interviewer and publicist with a passion for entertainment and geek-related media.

The ecological restoration of an ancient wetland on Manhattan’s northern tip has created a haven for herons, owls, leopard frogs—and one very charismatic aquatic mammal.
REI Link to Story

CS Visits The Set of Blumhouse’s The Craft: Legacy!

It seems like a lifetime ago that Comingsoon.net flew to Toronto at the invitation of Sony/Blumhouse to visit the set of their movie The Craft: Legacy.
ComingSoon.net Link to Story

"Black beauty and Brown beauty, those images are still political. They are still necessary. "
ComingSoon.net Link to Story

Phillipa Soo on her time with Hamilton, and her thoughts on how it resonates in our current social and political climate.
ComingSoon.net Link to Story

How does Flame Con feel to a queer teen seeing it for the first time?
The Beat Link to Story

INTERVIEW: Tales of the Night Watchman goes nationwide with Diamond! We talk with Dave Kelly, Dean Haspiel, and Brett Hobson

We’ve been covering the goings-on of indie publisher So What Press? at The Beat for a number of years, so it’s exciting to see this Brooklyn-based press take a big leap to the majors. In late April So What Press? co-founder Dave Kelly announced that he’d joined forces with another punctuation-marked publisher from Brooklyn: It’s Alive!.
The Beat Link to Story

It's hard sometimes to have sympathy for the difficulties faced by those living a glamorous Hollywood existence. The opulent homes and extravagant red-carpet lifestyles of the stars can make it seem impossible to imagine that they really struggle like the rest of us do. At the end of the day, though, acting is a job.
Looper Link to Story

Famous scenes actors are most proud of

Certain movie moments have a way of staying with us long after the other details of a film have faded from our memory. Often you need only mention a film's title, like E.T. the Extra-Terrestrial, for example, to see an image of children silhouetted on their bikes against a full moon. If someone brings up Jurassic Park, visions of a T-Rex in the rain come flooding back.
Looper Link to Story

Romantic comedies are often summarized thusly: "Boy meets girl. Boy loses girl. Boy gets girl." They're thought of as good date movies, light-hearted content that provides laughs and romance, with just a smidge of drama to raise the stakes of the plot. These sorts of films have been around almost as long as film itself, and perhaps that's why the form has more recently veered into darker territory.
Looper Link to Story

It's hard to imagine a universe in which Bill and Ted's Excellent Adventure doesn't exist. The quotable, feel-good romp through history manages to have some of the more solid time-travel logic seen on screen, and it made Keanu Reeves a star. Still, the story of Bill and Ted nearly came to an end most heinous when the production company behind the 1989 comedy classic filed for bankruptcy, and the film was shelved.
Looper Link to Story

Part of the Blair Witch mania that took hold in the years following the film's release was due to its ambiguous ending.
Looper Link to Story

FLAME CON returns to Times Square in 2019: here’s your ticket and exhibitor info

Flame Con will return to Manhattan and the Sheraton New York Times Square Hotel for its fifth year in 2019. The 2018 installment saw a record attendance of over 7,000 people according to Geeks OUT, the organization that has been putting on this inclusive con since its Brooklyn debut in 2015. The two-day convention runs from Saturday to Sunday, August 17 – 18, 2019.
The Beat Link to Story
View More Stories

Edie Nugent was born and raised in New York City and works as a freelance writer and reporter who specializes in print and on-camera interviews. She is a staff writer for The Comics Beat and has worked as a contributing editor for Weird Tales Magazine. Her freelance reporting includes work for Comingsoon.net, Common Sense Media, Cinemovie, Arise News and WBAI. She also works as a publicist and press officer with a focus on off-Broadway theatre, film and the arts. Edie fell in love with writing in first grade, penning stories about magical donuts that came to life. By sixth grade, she had co-founded her own comic book label, of which she remains absurdly proud. 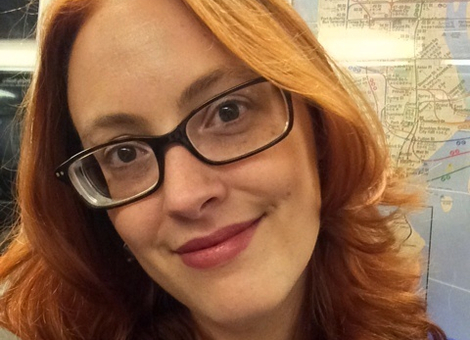